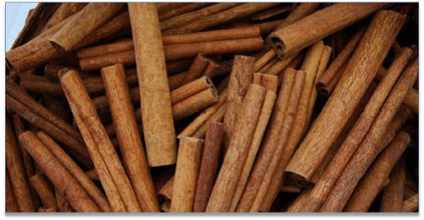 Cinnamon is one of the original spices of Indonesia that have charm in the global market because most of the world’s cinnamon needs are supplied from Indonesia, especially Kerinci. Cinnamon from Kerinci is popular because of its high volatile content. Kerinci Regency which is located 3,805 meters above sea level is an agricultural and forestry producing region. Fertile soil is a gift from the high sulfur content of Mount Kerinci, the highest volcano in Indonesia. No wonder if coffee and cinnamon abound in Kerinci.

Cinnamon, is a product of non-timber forest products (NTFP) which is administratively under the auspices of the Ministry of Forestry policy. Based on Regulation of the Environment and Forestry Minister (Permen LHK) No. P38 year 2016 that concerning Social Forestry enables cinnamon farmers to be part of a sustainable forest management system conducted by the community to improve their welfare, environmental balance, and social dynamics. In Kerinci Regency, the social forestry permit is under the responsibility of the Production Forest Management Unit (KPHP).

The KPHP encourages farmer groups that have a social forestry permit to have a work plan and a marketing plan for NTFP products. However, it was recognized by the Head of the KPHP of Kerinci, Neneng Susanti, that they unit was unable to assist farmers and monitor the results of cinnamon production.

“KPHP lacks resources that can oversee the implementation of social forestry. Meanwhile, there is only one farmer group in Masgo Village, Gunung Raya Sub-district, which we intensively assist. There are 20 farmers in the village (Masgo) who also produce cinnamon,” said Neneng.

The process of cleaning cinnamon bark from outer skin. (Doc. of Soeherman)

As one of the spice products, cinnamon deserves special attention, given the enormous needs of the world for this plant. When Penabulu tracking the cinnamon trade value chain in Kerinci Regency, it was found that there were no standard production standards until post-harvest handling that became a reference for smallholders (farmers and small traders). The most common cause is the lack of safety awareness in harvesting cinnamon.

Abduhrahman, one of the traders in Kerinci Regency said, “Farmers or workers use tools that are not suitable for their purpose and neglect K3S. For example, they use a kitchen knife to separate the bark from the stem. Many workers suffered injuries and blood seeped on cinnamon. As a result, it affects the quality defects. ”

Togetherness for supporting the cinnamon smallholders empowerment. (Doc. of Menggala)

In the multi-stakeholder discussion and lobbying conducted by the Penabulu in Kerinci Regency, both the smallholders and the KPHP were very open with plans to initiate the development of a data system that could be integrated with the social forestry program. If there is a data system that will be able to track the traceability of cinnamon products, production standards from cultivation, harvesting, to post-harvest will be urgently needed by farmers and small traders so that the quality of cinnamon from Kerinci. And also, researchers from the Sebelas Maret University Surakarta (UNS) and Ghent University Belgium stated their willingness to support the preparation of standard operating procedures (SOP) for production and post-harvest for cinnamon smallholders in Kerinci. All parties agreed to have the same mission to improve and strengthen the bargaining position of smallholder of the cinnamon value chain, which in Europe is known as “Koerintji Cinnamon”. (NP)